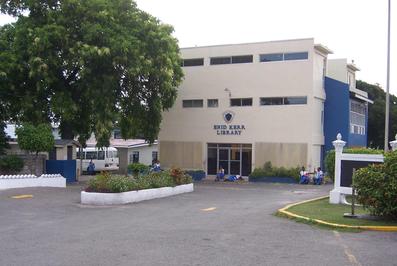 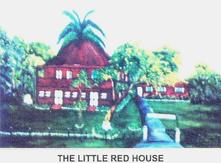 Merl Grove High School began as a preparatory school shortly before 1920 on Marverly Lane, off Molynes Road. This was the home of Nathaniel Speid, a retired elementary school teacher. By 1920, the Speids had moved to 77 Constant Spring Road where the school was conducted in a little, red, two-roomed building in front of their house. The numbers increased to approximately 30 pupils and soon after, the "Little Red School" began to experience significant growth.

The school name is derived from the initial letter of the names of the five children of the founders: Miriam, Effey, Reginald and Ruth and Lucille to form MERL. The area around also had lots of different fruit trees, hence the name Merl Grove. Notably, Merl Grove was the first secondary school in the island to form a Parent Teachers' Association (PTA).

At the request of Mrs Speid, in 1955 the school was taken over by the Associated Gospel Assemblies and a period of accelerated expansion followed. The school became Government grant-aided in 1957 and designated a school for girls only, and so reluctantly, Merl Grove stopped admitting boys.

Merl Grove High attracts students across the socio-economic spectrum of the Kingston Metropolitan area and beyond. It has an enviable record of academic performance particularly in English. Individuals from both the student body and faculty have gained prominence in the areas of leadership and pedagogy. In 2012, a student was named Deputy Junior Mayor by the Kingston and St. Andrew Corporation (KSAC) and two teachers have been chosen by the Ministry of Education as part of a team to train other colleagues in best practices in English.

MGHS PRINCIPAL THROUGH THE DECADES